When playing Dungeons and Dragons, you’re going to be rolling a lot of dice. The dice are the d20, d12, d10, d8, d6, d4 and the d100. The number that comes after the “d” is how many sides there are on that dice. If you’re looking at a spell or a weapons damage dice, you might see that it has a number before the “d”, this means how many dice you roll, so attacking with a greatsword is 2d6, so you take two 6 sided dice and roll, or roll the same dice twice! 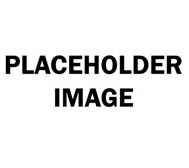 The d20 is probably the most important part of D&D, whenever you want to do something such as persuading an NPC to let you pass, or if you want to look around your surroundings to even attacking, you roll a d20. The higher the number, the more successful the action you wanted to do, However if you roll low, the more of a failure the action is. Now rolling a nat 20, is usually the best thing you can roll! However, it doesn’t always mean it’s a complete success, you can still fail. If you’re talking to a king and try and persuade him to give you his crown and roll a nat 20, he still isn’t going to give you his crown. Now it’s possible to get over 20, hell, sometimes you can get 30 and over! But still that doesn’t make the impossible possible! Rolling a natural 1, usually means complete failure and can have consequences, say you’re aiming down your crossbow, your target is distracted by one of your party members who is hacking at it, you fire and roll a nat 1. Cut to your party member, they might see a crossbow bolt flying towards them, they’ll have to roll their dice to try and dodge out of the way of your bolt.